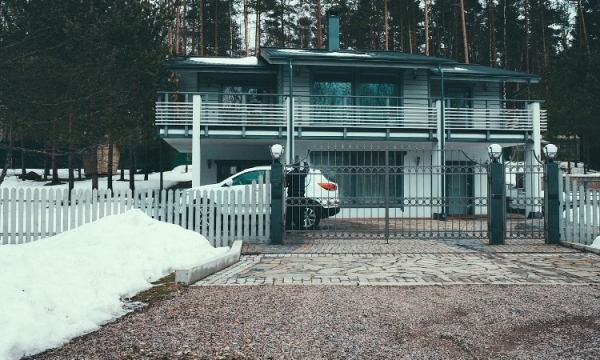 Asbestos is a fibrous material composed of silicate minerals. Thanks to its properties and relatively low costs, it gained great popularity, which is why it is so widespread to this day both in cities and villages. How did this happen and what can be done to deal with the effects of these decisions?

Asbestos was used not only in the production of roof panels, but also other building elements, such as cladding for facades, ventilation ducts, pipes. and flues. This popularity is not surprising if we consider its properties - it is a material that is resistant to physical and chemical factors, non-flammable, and a great insulator. Therefore, it would seem logical to use it also in protective clothing for firefighters and theatre curtains.

The harmful effects of asbestos

This euphoria and the massive use of asbestos ended with the first scientific confirmation of its harmful effect on human health in the 1970s and 1980s. It turned out that this material has a fibrous form which, under suitable dry conditions, becomes dust and enters into the lungs. Long and thin asbestos fibres are especially dangerous, as they cause chronic inflammation when they reach the alveoli in the lungs. Long-term exposure to this material may lead to the development of asbestosis, lung diseases, and the development of bronchial or larynx cancer.

Declaration of war on asbestos

In response to scientific reports indicating the harmfulness of this material, restrictions have been introduced in many countries. A law prohibiting the use of this carcinogenic material was passed in the UK in 1999. Since then, a great amount of effort has been made to remove asbestos. Work on the removal of asbestos constructions is associated with exposure to this compound and can lead to damage to health if it is not carried out in a responsible and professional manner. Therefore, it is important to entrust this task to professionals. It is worth finding a reliable, licensed asbestos removal company.

The process of removing asbestos

The asbestos removal process consists of several important elements. The first step involves confirming the harmfulness of the material, which the company carries out on the basis of a chemical test. It is difficult to determine the type of material only on the basis of visual inspection. Testing is carried out by a qualified crew. Safety precautions must be observed when removing unwanted elements. An asbestos removal company will also take care of removing the remaining waste, so that the customer will not be burdened with this difficult task.

More in this category: « PayProp to Automate Payments, Accounting & Reporting for PADRentals Accessories for power tools - what can we choose? »
back to top