iFixit Named the Worst and Most Maintainable Gadgets in 2019 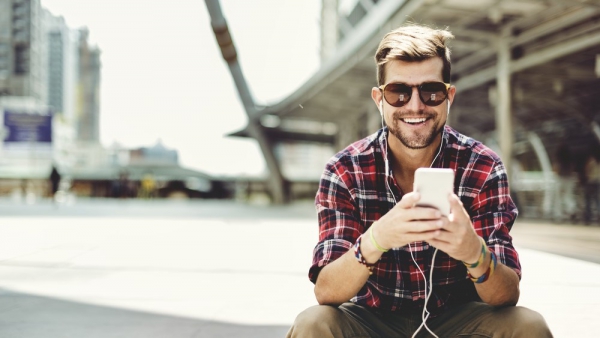 As durable as your smartphone, tablet, computer or gaming console may be, there’s still a chance that your device could break down any time for a range of reasons. Thus, other than working or playing online games like new slot machines on these devices, it’s also vital for you to understand whether your device is fixable or not in case of mechanical damage.

Every year, iFixit tears down as many devices as they can just to see how repairable they are. Then they rank these gadgets on a repairability scale from 1-10, with 1 being the hardest to patch-up in case of damage. Well, here’s a highlight of the worst and most maintainable gadgets that iFixit tore down in 2019, starting from the most maintainable:

The previous model of this phone set the bar high in 2018 when it earned a 10 out of 10. With this follow up model, iFixit had no doubts that the new Fairphone would do just well. So, what made this phone infinitely repairable? Well, iFixit found out that the critical components like the battery and the screen were easy-to-access, and you only needed a regular Phillips screwdriver to remove them. The company even included visual cues inside the phone to help with disassembly. To top it all off, if you ever need Fairphone spare parts or replacement guides, they are readily available on the Fairphone website. Fairphone 3 takes the cake for repairability which is why it was awarded 10 out of 10.

Surprisingly, Mac Pro scored a 9 out of 10 in iFixit repairability scale. According to iFixit, features that helped it earn a 9 is how easy it was to open it. All you needed to do was turn the opener and lift the casing. When it came to repairs and upgrades, iFixit also found out that a lot of them could be done with just standard tools. Better yet, some can even be carried without tools like flopping up the RAM which is a must for a long lifespan. Another thing that iFixit also noticed was that Apple had provided some step numbers and diagrams right on the Mac Pro and published some repair manuals so you could get the repairs/upgrades right.

The Xbox One S console earned 8 out of 10 on the iFixit repairability meter. They uncovered that clips were all that was in the way. And even though those clips did require a little bit of brute force to get off, according to iFixit, they were still better than screws. Once they got inside, the design appeared to be modular, making all the components practically replaceable.

On the other side of the spectrum, we have the devices that are on the “not so good” list according to the iFixit repairability list.

This is the worst one in the iFixit list. According to their analysis, review units had some weird bumps on the display and the display itself came with a covering that you weren’t supposed to take off along with other random failures. Samsung saw those reviews and pulled the device before it was released to the public. When it was finally released, Samsung promised that they had fixed all the issues, but the Galaxy fold still had problems that would complicate repair.

Based on iFixit’s tear-down manual, if you want to get into this device, you will need to remove the Glass Rear Panel, which means a greater risk of breaking the phone just to get in. The mechanics of the fold can wear over time and cause stress on the hinges and the display. Moreover, they added that Samsung Galaxy Fold had a glued battery, making it impossible to remove.

When the MacBook Pro 2019 came to market, iFixit noticed that it came with a redesigned butterfly keyboard, and they were hopeful that Apple was finally thinking about repairability. While it was easy to open it up, iFixit realized that the rest of the device is a nightmare to disassemble. They found out Glue or rivets secure the keyboard, touch bars, speakers and battery which made them almost impossible to repair. To make it worse, they noticed the processor, RAM and flash memory were all soldered into the logic board. All these stated negatives are what brought down it’s rank to 1 out of 10 on their repairability scale.

On opening the Airpods, iFixit noticed how easy it was and they had new coin cell batteries that you could “theoretically” replace. However, they are still pretty much impossible to repair. They then found out that everything was glued into it. We think it is safe to say that they were not built for repair in mind. No surprise here that the AirPods Pro scored a 0 out of 10 on the repairability scale.

While Microsoft laptops previously scored a zero in 2018 iFixit list, in 2019 they listed it as the most improved and scored a decent 5 out of 10. It was discovered that the opening procedure was no longer destructive thanks to screws and magnets, and the SSD was easy to access and upgradeable. One thing that they noticed is that while the inside had an intricate layer of abstraction, but parts were still modular and replaceable. iFixit also commended Microsoft for being able to make a non-repairable laptop repairable all while keeping the same form factor.

More in this category: « What do you know about Polish history? The most famous poker players »
back to top